;
By Andy Cabell
Posted August 15, 2019
In Latest Blogs
How a Little Music Theory Will Make You a Better Dancer – Part 22019-08-152020-03-09https://arthurmurrayofdanbury.com/wp-content/uploads/2019/03/arthur-murray-of-danbury.pngArthur Murray Danburyhttps://arthurmurrayofdanbury.com/wp-content/uploads/2019/08/musicnotes.jpg200px200px

In this post, we are going to give you tips on finding the tempo in some Latin music you will find yourself dancing to.

You feel confident dancing in personal lessons and during group classes when an instructor is there to count you off, but you find yourself at a loss when it’s up to you to start dancing on your own.  One obstacle you may be facing is finding and connecting with the tempo.

Thankfully, the beat is usually very easy to find in most Latin music.

Here is what you have to do if you are having trouble with the tempo.  Start by clapping your hands or tapping your foot to the beat, and then find beat one.  To find beat one, listen to the beat that is more accented the other in the measure. For example, in music with four beats in a measure, it will probably sound like: ONE, two, three, four.  Watch out for an anacrusis if the music has it!  Then, once you have found the tempo and where beat one is, transition to clapping or tapping the pattern of whatever style you will be dancing.

Let’s look at the Salsa.  In Salsa music, you will line up the quick-quick-slow, with beats one, two and three.  Beat four is part of the “slow.” Remember that the slows will always be twice as long as the quicks!  Look towards the bottom of the article for an example of Salsa music.

Let’s look at what happens when Salsa music is slowed down:

When the music is slowed down, you get the opportunity to add syncopation!  In music, this means that the steps emphasize beats that aren’t normally stressed in the music (not beats 1&3).  When looking at syncopated dances, however, syncopation means that you are taking two steps on one beat. Cha-Cha is considered a syncopated dance because the two cha-cha’s are on beat four and the “and” of four.

(Another syncopated dance is, you guessed it, Syncopated Hustle!  Those two quick steps you take in the pattern occur within the same beat, making the dance fall into this category.  This isn’t a Latin dance, though, so moving swiftly on…) 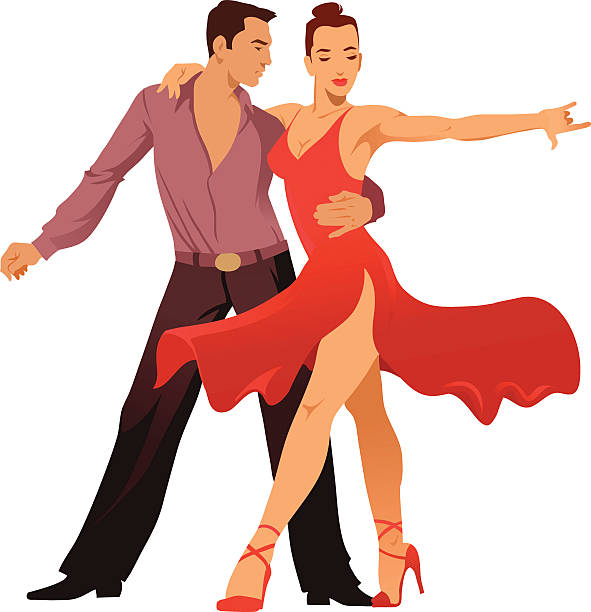 What’s the deal with Mambo?

Unlike the Cha-Cha, the step pattern initially starts on beat two.  Throughout the dance, the quick-quick will begin on beats 2&4. If this is a difficult concept to grasp, just think about when you would clap to most music.  You would clap on beats 2&4, just like what the Mambo dance accents. You can also get a clue from where the percussion emphasizes the rhythm.

When in doubt, listen for the percussion!

When you listen and really understand the music, you will watch your fluency in dancing explode!